Reading has been a real lifeline for me during lockdown. I love it anyway, but it’s been the perfect entertainment, especially when the better weather has meant that sitting out in the garden is an option. New books arriving in the house have always been a source of excitement and never more so when we are going out and about into the world a bit less.  For me books are a form of escapism, so I’m less likely to miss that foreign holiday when I have a fantasy world to escape into.

If you have been feeling the same about reading and books as I have, you’ll be pleased to hear that I have a bundle of books to give away to one lucky reader.  Read the descriptions below to find out all about the books I have to give away and see if you’d like the chance to win them. 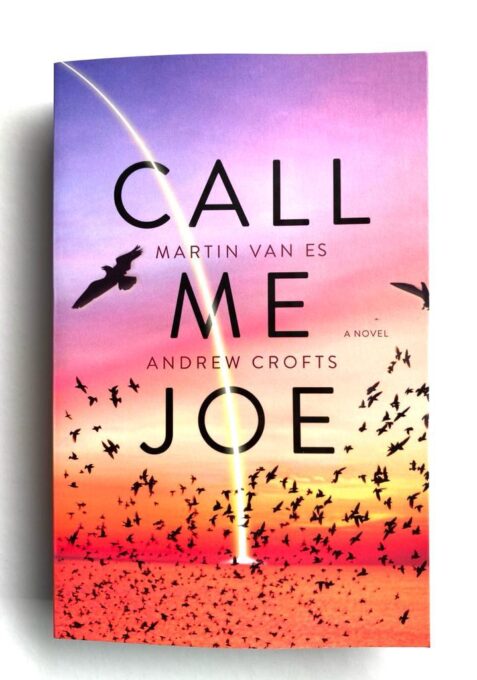 The environment, society and mankind itself are facing extreme challenges in a world that is both more connected, and yet more divided than ever before. Fear and confusion seep into all parts of everyday life… now, more than ever, the world needs one voice, one guide…One day the Earth is plunged into darkness and when light appears again so does a man –call him Joe –claiming to be the son of God. Can Joe bring the world’s most creative thinkers and leaders together to tackle the ills of mankind? Can he convince us all to follow him before it’s too late? In Call Me Joe, Martin van Es and Andrew Crofts highlight the key concerns of our time and imagine a future where we, at last, all work together to ensure the future of our world and all the life that calls it home.

Thomas Dylan is an unlikely spy. Rejected by MI6he joins the Ministry of Defence where his first mission is a total failure. Unexpectedly he is sent to Rio de Janeiro to recover a submarine interrogator stolen from the US Navy. In Brazil he discovers that those supposedly on his side, MI6 and the CIA, have their own priorities and that his life is definitely not one of them.A murderous game which began with the death of a British spy in Argentina is being played out in a city of sun, sea and secret police. When Dylan comes face-to-face with the brutal realities of Brazil’s military dictatorship he knows he has to trust somebody. But who? The only thing he knows for sure that the woman he wants to trust has been lying to him from the very beginning -should he take the risk? Awakening of Spies is a fast-paced thriller in the vein of John le Carré and Agatha Christe.

No Precedent is the “poignant, funny, thoughtful and raw” sequel to Where’s Sailor Jack?, due for release in July 2020 by novelist John Uttley. The northern grammar school pals Bob Swarbrick and Richard Shackleton are back, now facing the era of Brexit, Momentum and Donald Trump. For the first time in their lives, Bob and Richard struggle to see the meaning of it all. The trials and renewals of Where’s Sailor Jack? (John Uttley’s debut novel released in 2015) behind them, they find themselves in a world whose faith and politics have moved beyond their sphere of influence and feel increasingly cut off from their roots. Bob, now settled with Wendy, must reconcile old memories and new children while Richard must save his family from themselves. Along the way, they are adopted by the lascivious Lucy Fishwick and her predatory daughter Maddie, whose lives are as mad and chaotic as the radio play Lucy is trying to write and, indeed, the world itself. But despite the coming plague, it doesn’t look like Armageddon. There is to be an apocalypse, but one of personal dimensions. We don’t all go together when we go!

A Wash of Black

IT’S NOT LIFE THAT IMITATES ART. IT’S DEATH.
Anna Symons. Famous. Talented. Dead. The body of a famous actress is found mutilated on an ice rink in Manchester, recreating a scene from a blockbuster film she starred in years ago.  DI Erika Piper, having only recently returned to work after suffering a near-fatal attack herself, finds she must once again prove her worth as the hunt for the media-dubbed ‘Blood Ice Killer’ intensifies.  But when another body is found and, this time, the killer issues a personal threat, Erika must put aside her demons to crack the case, or suffer the deadly consequences. A Wash of BlackA Wash of Black will keep you on the edge of your seat.

If you’d like to win this bundle of fab books, enter via the Gleam widget below.

3. The winner or winners will be chosen by a random draw using the competition widget.